How To Remove Rust From Inside Water Pipes

Although orange or burgundy freshwater from the faucet may appear revolting, it poses no health risk if the color is produced by rust.

Aside from safety concerns, rust-colored water signals a plumbing problem or that something has occurred that has caused silt to leak from the pipelines and into the faucet.

You can easily remove the iron buildup that accumulates inside the water pipes.

In this article, we are going to talk about how to remove iron buildup in the water pipes. Here you go: What Causes the Buildup of Iron in the Water Pipes?

With the passage of time, iron pipelines rust. The accumulated rust stays inside the water pipes as it ends up in the waterways supply.

Furthermore, rust produces a deposit that collects at the base of the pipelines and stays there, preventing it from flowing out the faucet.

However, if it is disrupted or if there is an overwhelming quantity, it will appear when the tap is turned on. Maintenance to the pipes and variations in pressure might cause sediments to be churned up.

You need to clean the iron deposits from the water pipes.

In this section, we are going to discuss the step-by-step instructions of iron buildups. You will be able to remove the iron buildups easily without any professional help.

Here is the complete guideline:

1. Location of the Iron Buildup in the Water Pipes

Rust sediments might be flowing from the primary source or from the pipelines within the house. Running an outside faucet nearest to the mainline is a simple method to find the cause.

This is generally in front of the home, although if there is an entrance, it might also be in the rear.

Allow 2 minutes for the water to flow, then fill a fresh cup with it and inspect for corrosion. If there is rust in the water, it is most probably going to come from the supply source.

However, if the water is clean, the issue is most likely with the house’s infrastructure.

After deciding upon the source of water iron buildups, you can take steps ahead for removing iron buildups conveniently.

2. Assessment of the Water Quality

To assess the amounts of iron and other minerals in the groundwater, do a test. Screening may be available through your local government.

Water test kits are also available for purchase on the internet.

Iron levels, the number of iron microorganisms, and the pH level of the waters would all be checked as part of a comprehensive test.

3. Determination of the Type of Water Contaminants

When you choose a medicine used to treat, figure out what kind of iron issue you have.

Not all treatments are effective for all copper issues in water from the tap. It’s possible that the iron is soluble or insoluble.

The sort of iron that produces discoloration is soluble iron, which may be found in clear tap water that has been let to remain for several minutes.

The rusty hue of the water supply indicates insoluble iron, which occurs in three types: red liquid, microbial, and natural.

After the determination of water contaminants, it becomes easier to remove the iron buildups from the water pipes.

4. Utilization of Chlorine for Removal of Iron Buildup in the Pipes

In this step, you will learn to remove the iron deposits in water pipes. For large amounts of soluble or insoluble yellowish liquid, as well as microbial iron, chloride should be considered.

To remove the metal, the water is subjected to a thorough chemical bleaching process.

A modest pumping unit with filter media is used to distribute the chlorinated.

To keep the system running smoothly, you’ll need enough water pressure. This is how the usage of chlorine is helpful for removing accumulated iron.

5. Conducting the Aeration Treatment for the Water

The next step includes conducting aeration treatment for cleaning water. To convert soluble iron to insoluble iron ores, starting with an aeration system.

The mineral particles solidify. They are pathways out of the network using an aeration system when oxygen is added to water containing soluble iron.

In warm and humid regions, aeration is most efficient. The proper operation of aeration systems needs cleanup.

Flushing the pipelines is the easiest technique to remove rust deposits. Open 3 or 4 chilled water faucets throughout the home.

Then, you should allow them to run at full pressure for roughly 20 minutes.

This should clean the pipelines of rust particles, but if it doesn’t, wait 30 minutes before flushing them repeatedly.

To remove rust from landscape plants, instead of activating taps in the home, operate the hose at maximum capacity for twenty minutes.

7. Using a Water Softener for Removing the Iron Buildup

This method uses ionization to capture iron particles and replace them with salt.

It is effective for both insoluble and natural iron particles.

Because it contributes a lot of table salt to the drinkable water, this method is not advised for those who do not consume salt.

8. Replacement of the Water Pipes

Sometimes, none of the conventional methods of removing iron buildups from pipes work. You can replace the water pipes completely for using freshwater without any inconvenience.

However, in case, the rust is excessive and the pipes are degrading, it may be better to upgrade them.

This is a major home renovation job that will almost certainly need expert help.

It may, however, become the only option to clean the water of rust particles in extreme situations.

It might take some time. But you will not be bothered by the iron buildups every now and then.

You can follow any of the above techniques for removing iron deposits accumulated on water pipes.

If you fail to remove the iron buildup in water pipes, you can replace the water pipes.

So, conduct a test and determine a method of removing iron buildup. Otherwise, you will have to replace the water pipes. How Does A Hot Water Tank Work The hot water tank we are referring to in this article is actually the tank that is used by a water heater to reserve hot water. These hot water tanks are cylindrical in shape and can contain up to 40 to 65-liter water. The tanks are usually made… 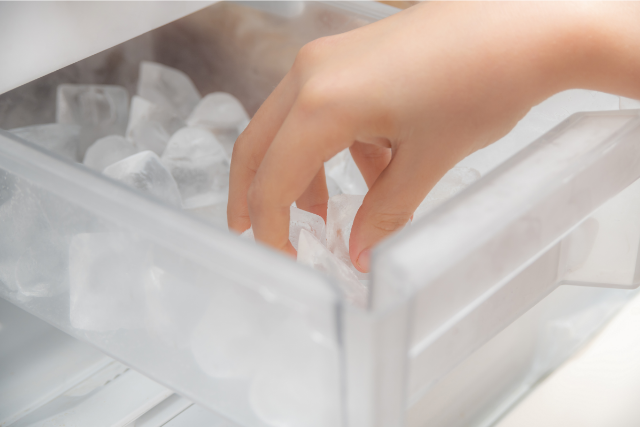 For many years, utility companies have been adding fluoride to the water supply. The reason for this is that fluoride is good for oral health. However, recent studies have shown that artificial fluoride can be harmful. Fluoride contains by-products that are a threat to your overall health. Thus, people need to drink fresh water that… What Makes Property Value Increase Property appreciation in value is the end goal of most real estate acquisition. When people buy a real estate property, they do not expect the value will stay the same, or worse, reduce in value. They hope to make a profit should they decide to sell it in the future….

Home Trendys owns and operates this website. As an Amazon Associate I earn from qualifying purchases.